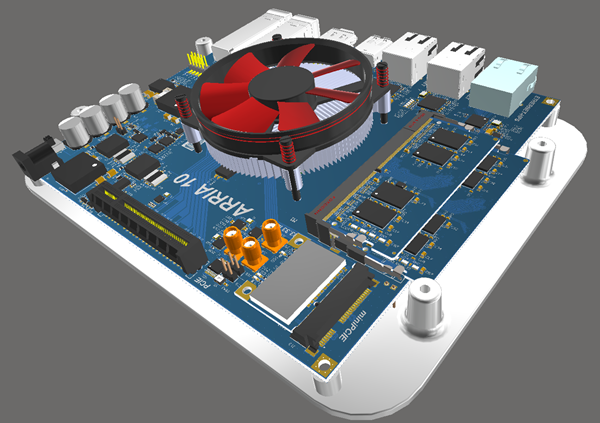 The rapidly expanding global PCB market has spurred remarkable advancements in the world of electronic design, with new products that are more sophisticated, more compact, and more complex than ever before. Altium continues their focus on developing cutting-edge design tools that meet the needs of today’s engineer, and is excited to announce the release of Altium Designer 18 – the most powerful, modern, easy-to-use release to date. By leveraging feedback from the user community and with significant efforts in research and development, Altium Designer 18 delivers key updates and performance enhancements, along with new and improved features that significantly increase design productivity.

Altium Designer 18 continues its focus on delivering solutions that help designers increase their productivity, with modern tools that are easy to learn, easy to use, and easy to implement. This release simplifies the overall design experience with a modernized user interface that improves user commonality across all design domains, making it even more intuitive and accessible. In addition to the modern user interface, this version features the much-anticipated upgrade to 64-bit architecture combined with multi-threaded task optimizations, enabling users to design and release large, complex boards at unprecedented speeds. This upgrade fully equips engineers to tackle even the most complex PCB designs, with key performance optimizations and increased user control through every stage of the design process.

“The landscape of electronic design and technology is shifting, prompting the need for smarter, faster, more efficient engineering solutions that are flexible and easy to learn,” said Ted Pawela, Chief Marketing Officer at Altium. “Altium Designer 18 was developed specifically with the user in mind, leveraging their feedback to create a PCB design tool that helps address the challenges they face every day.”

“Altium Designer 18 is the most powerful and intuitive mainstream PCB design solution we’ve ever launched,” said Sergey Kostinsky, Vice President of Engineering at Altium. “What makes this release unique is we’ve substantially improved the underlying technology infrastructure and at the same time delivered a host of new features and enhancements, giving users the tools they need to increase design productivity.”

The wide selection of new technologies introduced in Altium Designer 18 are available now as a free upgrade for existing Altium Subscription customers on the Altium Downloads page.

Register for the Altium Designer Virtual Workshops today to experience all of the new features available in this release.

Founded in 1985, Altium has offices worldwide, with US locations in San Diego, Boston and New York City, European locations in Karlsruhe, Amersfoort, Kiev, Munich, Markelo and Zug, and Asia Pacific locations in Shanghai, Tokyo and Sydney. For more information, visit www.altium.com. You can also follow and engage with Altium via Facebook, Twitter, LinkedIn and YouTube.

This release features a number of important updates that work collectively to deliver one cohesive, end-to-end design environment. In addition to the modern user interface, this version also features an upgrade to a 64-bit architecture combined with multi-threaded task optimizations, enabling users to design and release large, complex boards at unprecedented speeds.

In summary, these are the new technologies and features: