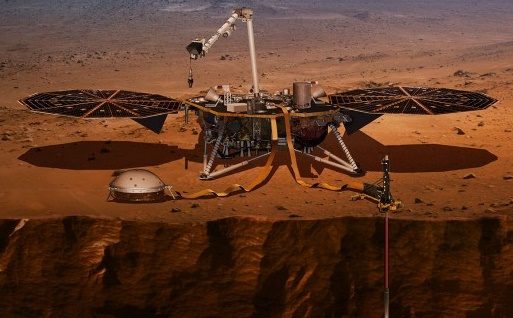 Today the NASA InSight Lander, with the help of Wind River VxWorks real-time operating system (RTOS), reaches an important milestone in its journey to Mars; InSight begins a 12,300mph descent to the red planet. With the Insight lander’s avionics system based on VxWorks, this NASA mission brings the Wind River RTOS back to Mars once again following the Mars Science Laboratory rover Curiosity mission in 2012. After landing, InSight will drill down into the surface of Mars, where it will conduct science operations to gather data on how the planet formed, until Nov. 24, 2020 (which equates to one year and 40 days on Mars, or nearly two Earth years).

For more than two decades, Wind River has provided NASA with technology that has taken dozens of unmanned systems to space, playing a critical role in some of the most significant space missions in history, advancing our understanding of the world and beyond. For more information on Wind River’s work with NASA click here.

The entry, descent, and landing (EDL) begins about 80 miles (about 128 kilometers) above the surface, and ends with the lander safe and sound on the surface of Mars six minutes later. Mars’ atmosphere is 100 times thinner than Earth’s, so this guided entry and descent remains an engineering feat.

The previous NASA Curiosity EDL guided by VxWorks was referred to as the seven minutes of terror. While landing, the system has to react with sub-millisecond precision making adjustments based on real-time readings. This is where VxWorks’ determinism is mission critical. Wind River software delivers the intelligence that enables unmanned systems to perform with determinism, precision, and reliability. See the video here.

In space, the margin for error is essentially zero. Complex automated maneuvers, such as the landing of a vehicle on a planet’s surface, require highly accurate positioning, pointing, and synchronization. Systems and devices on board spacecraft must be able to communicate with each other, as well as with mission control systems on earth.

Another Important Milestone for Technology

This mission is another great example of how unmanned space missions serve the scientific community and advance human understanding in a variety of ways. VxWorks is the industry-leading RTOS powering a variety of unmanned and autonomous systems that aim to achieve the highest levels of safety and cost-effectiveness in their pursuit of invaluable data. VxWorks is powering the computing resources and automation underlying numerous critical space missions, including the space station resupply vessel Cygnus, Juno, the Mars Curiosity Rover, the Spitzer Space Telescope, the groundbreaking Deep Space I, the Orbiting Carbon Observatory 2, the Global Precipitation Measurement project and many more. It was VxWorks that made possible the precision entry of an autonomous satellite into Jupiter’s orbit – Juno – in 2016.

Driving cost efficiency by including commercial off-the-shelf (COTS) technologies like VxWorks whenever possible in the spacecraft design, allows for a low-cost, rapid-prototyping approach, as well as managing the overall cost of the system.

At the End of a Long Trip

InSight was launched on May 5, 2018 by NASA, using a United Launch Alliance (ULA) Atlas V 401 rocket from Vandenberg Air Force Base. The lander completes its 300-million-mile trip at 12:30pm PT to reveal what’s under the surface of Mars. InSight will be the first mission to directly study the deep interior of a planet other than Earth, providing invaluable data, including information regarding how our own planet has formed.

You can view the live feed of the landing here: https://mars.nasa.gov/insight/timeline/landing/watch-online/

Wind River is a trademark or registered trademark of Wind River Systems, Inc., and its affiliates. Other names may be the trademarks of their respective owners.