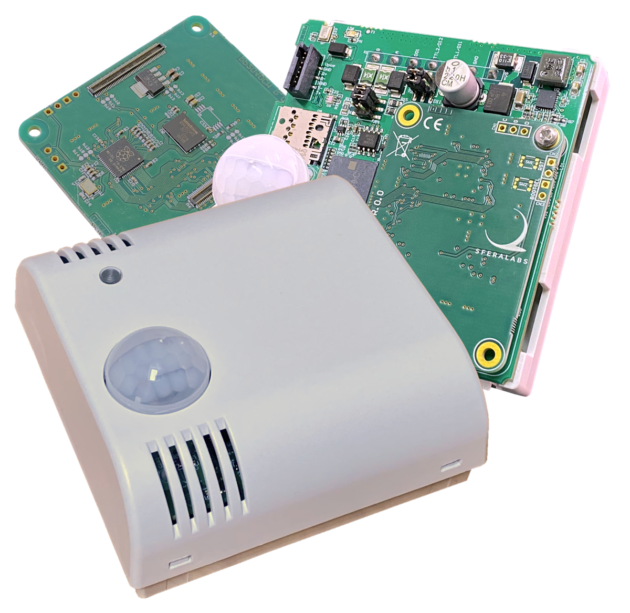 Ideal for installation in space-constrained, indoor environments, the Exo Sense RP module combines the performance and versatility of the RP2040 MCU with an extensive array of sensors in a wall-mount enclosure measuring just 80mm x 80mm. As well as operating as a stand-alone edge-computing multi-sensor module, a series of RP modules can be deployed as complementary satellite units for complex Exo Sense networks.

The new module incorporates general purpose I/Os (GPIOs) to monitor external signals and control actuators while an RS-485 and other digital interfaces can be used for system integration and communication with other devices, such as Wiegand keypads and card readers. Alerts and status signals can be implemented via an embedded LED indicator and piezoelectric buzzer.

The RP2040  is the first high-performance MCU designed by Raspberry Pi and has gained a significant global user base since it was launched in 2021. Combining a dual-core Arm Cortex-M0+ processor, clocked at up to 133MHz, with 264kB of internal RAM and 16MB of on-board Flash, the processor features a highly flexible input/output internal architecture and includes several standard interfaces.

Having a standard Raspberry Pi RP2040 as its processing unit, the Exo Sense RP can be programmed in C/C++ and MicroPython and is supported by several IDEs, including Visual Studio Code and the Arduino IDE. All coding resources, tools, examples and the vast community support available for the RP2040, as well as the open-source libraries and applications developed by Sfera Labs specifically for Exo Sense RP, can be leveraged to easily develop professional solutions.

The Exo Sense RP can be supplied with custom branding options to support OEM requirements.