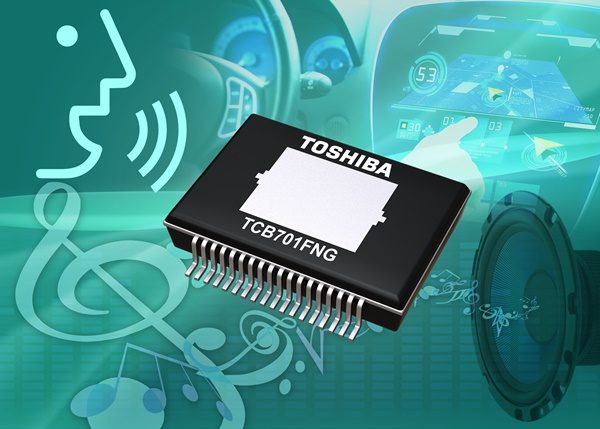 Amplifiers have been with us for years and have followed a development path that has continually innovated to bring new topologies, each of which offered better performance that earlier incarnations. In particular, designers have focused on delivering a faithful (Hi-Fidelity) signal, while using power efficiently to allow designs to be compact. Not surprisingly, recent advances have seen amplifier topologies move from the analog to digital domain, bringing several advantages – and a few drawbacks.

Amplifier types are generally known by their ‘class’, with Class AB and Class D being in common use today. Each Class represents an advance in performance, although the latest type is not necessarily the best selection for a given application.

Popular for a while, Class B amplifiers used a push-pull topology, making them more efficient than the earlier Class A topology. However, this advance was at the expense of output linearity issues due to the way the output architecture affected switching. The later Class AB topology addressed this issue by ensuring that the amplifier switched in the linear region of the output transistors.

Using a digital approach whereby a stream of digital pulses was passed through a low-pass filter made Class D amplifiers highly efficient while delivering a faithful output. However, the low-pass filter that removed stray high frequency components also limited the frequency response, making high quality sound a challenge. Nevertheless, efficiencies in Class D amplifiers exceeded 90% at loads above 25% of full load and 50% at very light loads.

This well-established area of technology has just undergone a step change with the invention and release of Toshiba’s Class TB (Tied BTL) amplifier, for which a patent application is in progress. This novel and exciting approach achieves the same efficiency as Class D at low power levels while delivering a massive 80% energy saving when compared to Class AB designs. Not only do efficiencies at this level improve the overall vehicle efficiency they also run cooler. As a result, sound quality is improved, and the lower thermal management requirement means that the amplifier is smaller, lighter and lower cost – all desirable traits.

One significant advantage of Toshiba’s new Class TB topology is the significantly reduced Bill-of-Materials (BoM). Comprising less than half the components of a similar digital Class D amplifier and, importantly, not requiring the expensive and bulky low-pass filter that suppresses important signals above 20kHz, Class TB also achieves a similar BoM count as the simple and popular Class AB topology. In fact, Class TB includes signals and harmonics up to 120kHz, significantly beyond the range of human hearing, yet these necessary high frequency components contribute to the very high-quality audio that Class TB delivers.

Toshiba’s TCB701FNG audio power amplifier IC is a four-channel 49W audio power amplifier that is based upon the new Class TB topology. Housed in a compact (15.9 mm x 11.0 mm x 3.41mm) and highly integrated package that requires few external components due to inherent EMC robustness, the TCB701FNG allows designers to implement Class TB amplifiers in automotive applications with ease. Even with the small size and simplicity of use, performance remains at a high level, delivering high quality audio with a total harmonic distortion (THD) around 0.2%.

Designers looking to implement or improve their automotive audio solutions will benefit from downloading a copy of Toshiba’s latest free white paper that discusses the relative benefits of common audio amplifier topologies and discusses the new Class TB in detail. This comprehensive white paper can be downloaded here.