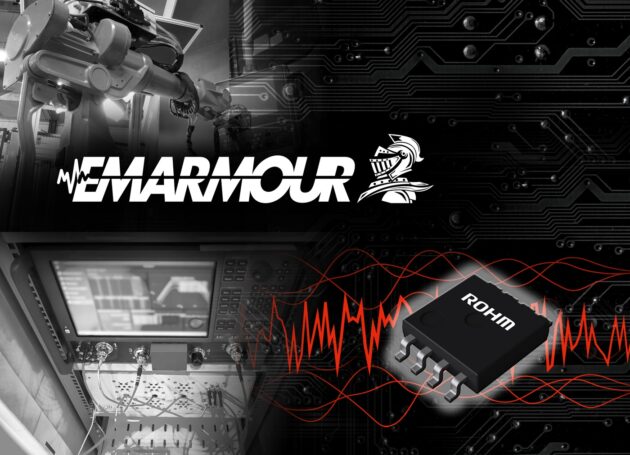 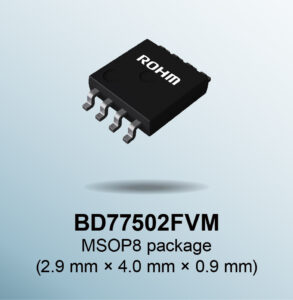 The proliferation of the Internet of Things (IoT) in recent years has led to a significant increase in the number of electronic components used for advanced control in a variety of applications. This trend towards greater electronics density is leading to noisier environments, making it extremely difficult to implement designs with electromagnetic compatibility (EMC). Op amps play a critical point role because they quickly amplify small signals (from sensors) in many detection systems that provide safety. In addition, printed circuit board designs can also be problematic for conventional op amps that are susceptible to oscillation due to capacitive loads (i.e. from wiring).

To mitigate noise issues common with conventional op amps, ROHM has developed the EMARMOUR™ series featuring superior noise tolerant op amps. The first groundbreaking member of the EMARMOUR family was the BD77501G single channel high-speed CMOS op amp that leveraged the original Nano Cap™ technology to prevent oscillation caused by load capacitance. This product has been well-received by many engineers in a variety of fields and regions, and our latest 2 channel version was developed to meet increasing market demands.

The newest BD77502FVM integrates two op amp devices that prevent oscillation while providing high-speed amplification with slew rates up to 10V/µs and breakthrough immunity to electromagnetic interference (EMI). The output voltage across the entire noise frequency band is limited to under ±20mV, which is 10 times lower than a conventional op amp. High-speed signal amplification is now achievable without being affected by external noise or load capacitance when used in devices that output small signals such as sensors, thus improving reliability while simplifying circuit designs. 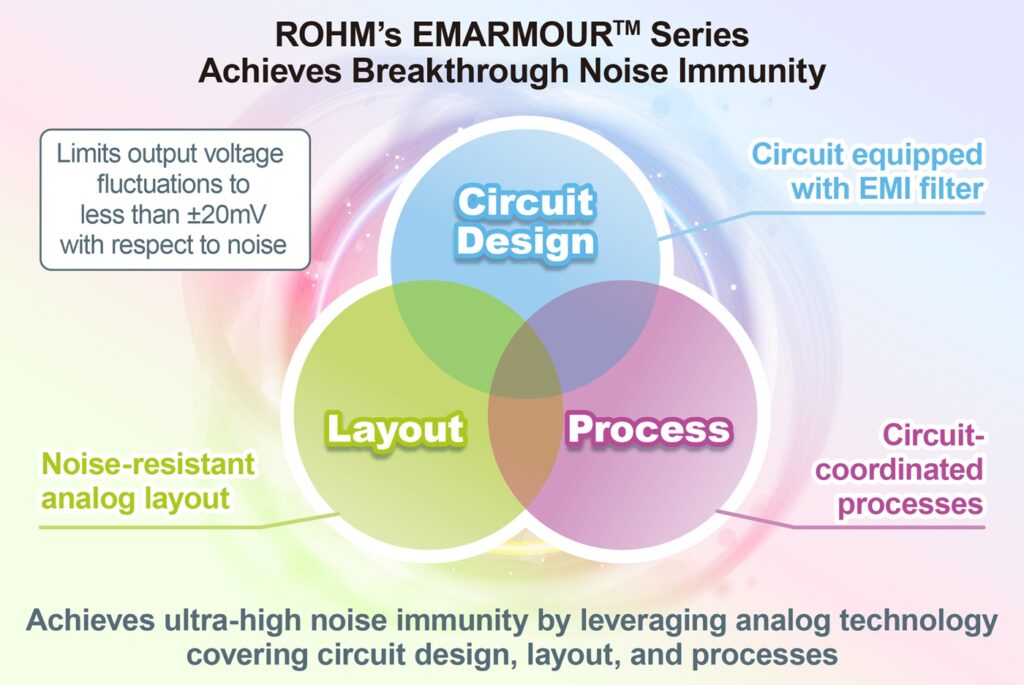 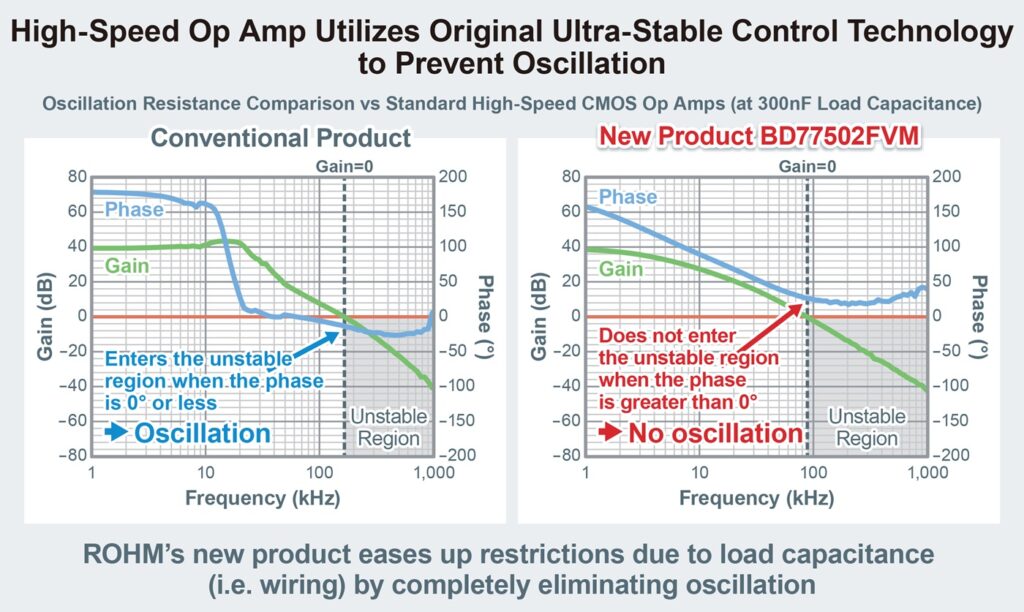