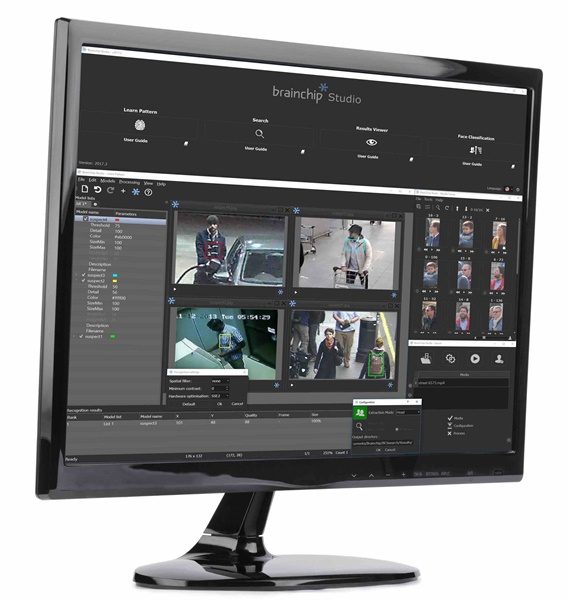 BrainChip Studio 2018.1 auto-generates rotated models. The software’s one-shot object training, a unique characteristic of spiking neural networks, creates a spiking neural network model of an object in its initial captured orientation. With the new auto-rotation feature, BrainChip Studio will automatically create multiple rotated models, improving the ability to locate the object in other camera views, where the orientation may vary depending on the installation.

In addition, BrainChip Studio 2018.1 now runs on Linux, enabling cost-effective, large-scale server installations. “Linux is prized by some of our customers because of its cost-effectiveness in larger installations,” said Bob Beachler, BrainChip’s Senior Vice President of Marketing and Business Development. “As an added benefit, the streamlined nature of the Linux OS provides a 10 percent performance improvement for BrainChip Studio, compared to Windows.”

“In only the past 6 months, BrainChip Studio and BrainChip Accelerator have been recognized internationally as one of the most advanced video analytic offerings for law enforcement, winning awards from Security Today Magazine in the United States, the Milipol Innovation Award in France, and commendation at the Security and Counterterrorism Expo in the United Kingdom,” noted Mr. Beachler. “Based on customer feedback, we will continue to enhance our products to expand their applications and capabilities.”

BrainChip Studio 2018.1 and BrainChip Accelerator are available immediately and will be demonstrated during the ISC West tradeshow in Las Vegas, Nevada, April 11-13, 2018 at the BrainChip booth 33107. To schedule a meeting, please contact Robert Beachler, bbeachler@brainchipinc.com.