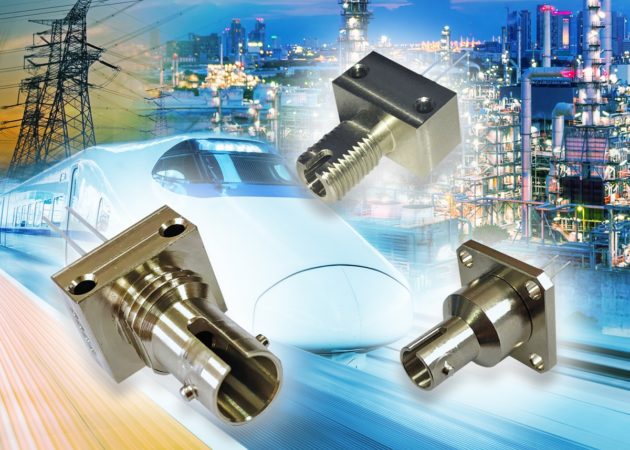 OMC, the pioneer in optoelectronics design & manufacture, announces its new FDE870HE industrial fibre optic transmitter LED that can deliver up to four times more launch power into multimode fibre for the same current versus existing transmitter devices. This ultra-efficient transmitter contains a high-performance 870nm chip and features an array of micro-optic elements that gather and focus the emitted photons, coupling considerably more light into multimode optical fibres and enabling data to be transmitted reliably over greater distances, or for the system to use less power to achieve the same result. Greater long-term reliability of the system is a further benefit due to the vastly enhanced day-1 launch power and much lower drive current requirements.

The new FDE870HE device is optimised for use with small-core multimode glass optical fibres in industrial systems.  It has exceptionally high coupled power and can be supplied in a range of housings (including SMA and ST interfaces) with its optical performance configured for different fibre core sizes – including 50/125, 62.5/125, 100/140 and 200/230 – according to customer requirements.  Into 50µm fibre, at the nominal 50mA drive current, it achieves a typical coupled power of 60µW. This compares with around 30µW at 100mA for existing transmitters currently on the market – twice the launch power for half the current, or four times the efficiency. For other core sizes, launch power at 50mA drive current is around 1050µW for 200µm fibre, 260µW for 100µm fibre and 110µW for 62.5µm fibre. The device’s maximum rise and fall times at 50mA are 10ns, making this suitable for high-speed industrial data transmission.

To take advantage of the device’s optical features requires precise alignment of the emitter with the fibre optic interface when mounting the LED into a fibre-optic housing. To achieve this, OMC uses its proprietary Active Alignment technology, which helps ensure that every fibre optic datalink operates consistently over its often very extended lifetime.   This overcomes the problem of relying solely on the mechanical fit of the LED in the housing for alignment, and eliminates any variability caused by tolerances in, for example, the position of the LED chip on the leadframe, which can otherwise lead to inconsistent results from device to device.

OMC’s Active Alignment techniques involve powering up the transmitter during the manufacturing process and optimising the position of the LED such that the amount of light that will fall onto the fibre face and within the angular limits of its acceptance cone is within the strictly defined performance window required by each application. OMC also utilises the same process when manufacturing housed receiver devices, leading to a very consistent optical link. Through this proprietary process, much tighter levels of control and far narrower performance windows can be achieved for each element of the link than would otherwise be possible, saving customers significant cost by enhancing yield and ensuring consistent reliability.

The first PCB-mount, housed variant of this transmitter offered by OMC, the H22DBE870HE, is now in full production, and features a precision-machined all-metal housing with SMA interface, locking-nut, and rugged screw-mount mechanical connection to the circuit board.