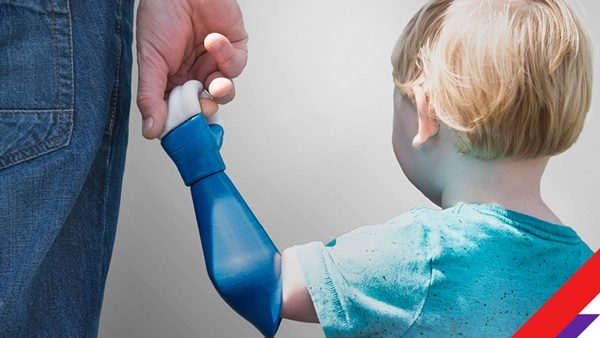 RS Components (RS), the trading brand of Electrocomponents plc (LSE:ECM), the global distributor for engineers, is supporting an innovative business start-up with a mission to help bring functional limbs with hydraulic technology to children around the world who need them, after the inventor began developing one for his own amputee baby son.

RS has provided all the 3D printing filament for the prototype development of body-powered hydraulic limbs, after Ben Ryan – dissatisfied by the limb options for babies and toddlers – gave up his career in teaching to devote himself to the development of a new arm for his baby son Sol, who sadly lost the limb due to an injury at birth. Ben wants to ensure other children in similar situations have access to the technology, and so set up Ambionics, which has so far been crowdfunded with RS supporting and sponsoring the beta trial with 20 families around the globe.

Ben’s mission has been captured within the ‘Portrait of an Inventor’ video developed by RS. Alison Hutchings, Assistant Global Category Manager, 3D Print at RS, said: “I saw Ben’s moving and heartwarming story on the TV news, and felt there was a way that RS could get involved and help. We contacted Ben through LinkedIn and formed a relationship from there. We were inspired by his mission and bold vision – especially from someone with no former design background whatsoever – and decided we wanted to support Ambionics.

“Providing the 3D printing filament means Ben can concentrate on the beta trial unrestricted by product costs. The project has received wide interest already, achieving £23,000 through crowdfunding of the £150,000 total needed. It’s a very worthy project and one we’re proud to be a supporter of,” she added.

Ben Ryan said: “I’m delighted with the progress we’re making in evolving the development and testing of the Ambionics limbs, which has only been possible thanks to staunch supporters of the project – one of which is RS. The options for babies and toddlers who have lost limbs really are cumbersome – with sensor technology not available for those under around three or four and many of the limbs not being aesthetically pleasing at all. My aim through Ambionics is to help children everywhere adopt and continue to use prosthetics into adulthood. Offering safe function with no small parts or batteries at the earliest possible age is key to achieving this.”

This backing of Ambionics reinforces RS’s new brand position ‘for the inspired’ which represents how the business is celebrating the achievements of its customers and suppliers. It demonstrates that RS is here to support innovation, promote the possibilities of the future and enable ideas to be made into reality.

For further information on the story of Ambionics click here.  (http://uk.rs-online.com/web/generalDisplay.html?id=fortheinspired/customer-ambionics)