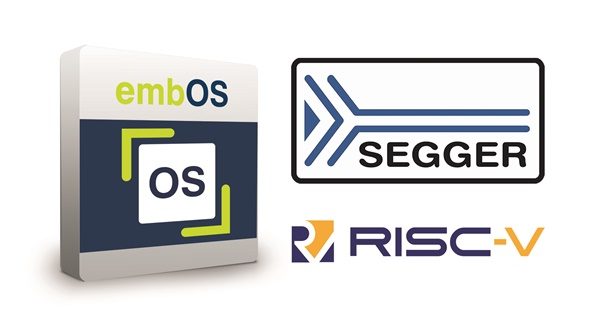 The embOS port comes with a board support package for the Digilent Artix-A7 ARTY evaluation board providing a straightforward getting-started experience with SEGGER software on RISC-V. Packages simply work, out of the box, without additional configuration or setup, and a ready-to-run project is included for Embedded Studio.

The embOS for RISC-V offering includes the highly respected embOS manual, which is both the definitive reference to the embOS API and a solid, yet accessible, tutorial for engineers unfamiliar with embedded RTOS concepts.

embOS is fully compliant with the MISRA-C:2012 standard and this makes it suitable for demanding automotive and high-integrity applications.

“With the introduction of embOS, their stacks and middleware supporting the RISC-V ISA, SEGGER demonstrates their expertise in creating highly-efficient software. With the embOS release, RISC-V users can benefit from low memory footprints which allows more room for the actual application”, says Rick O’Connor, executive director of the non-profit RISC-V Foundation.

”RISC-V is a very promising CPU architecture. By adding our software to the RISC-V ecosystem we provide an end-to-end comprehensive solution from a single supplier for firmware and application developers using RISC-V devices”, adds Til Stork embOS Product Manager at SEGGER.